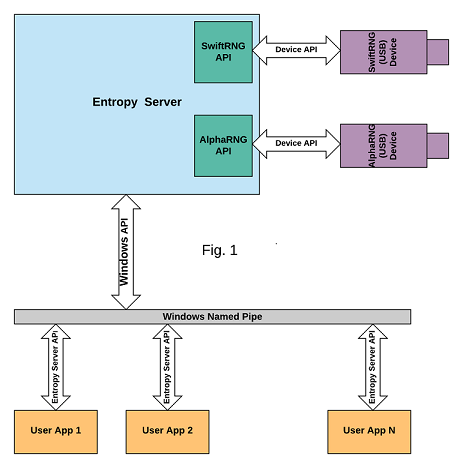 Entropy Server API operates based on request and response byte streams. To request random bytes from the entropy server, the application should fill the 64 bit request with command (CMD) and amount of requested random bytes (REQBYTES). The prepared request should be send to the named pipe using Little Endian Byte Order, all 8 request bytes should be sent at once with no delay in between. After the request has been sent successfully, the application should immediately receive the requested bytes at once with no delay in between. 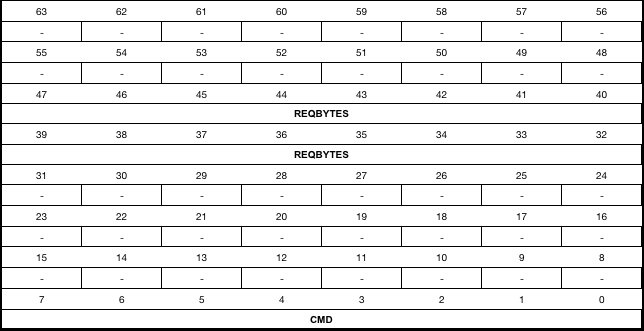